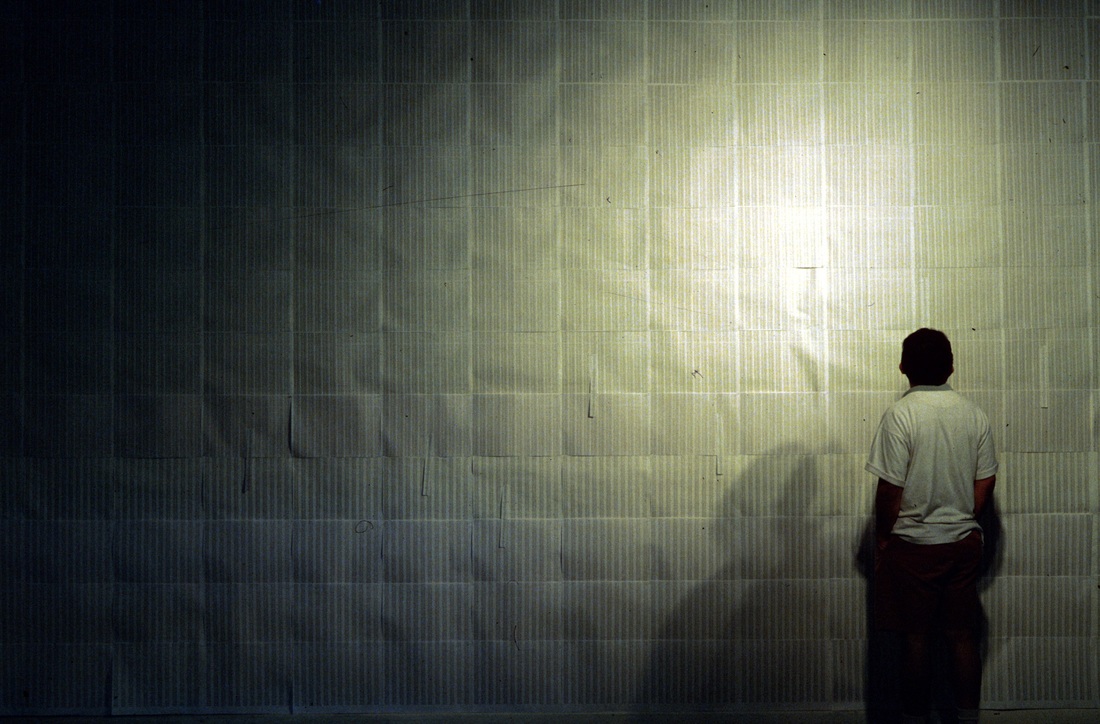 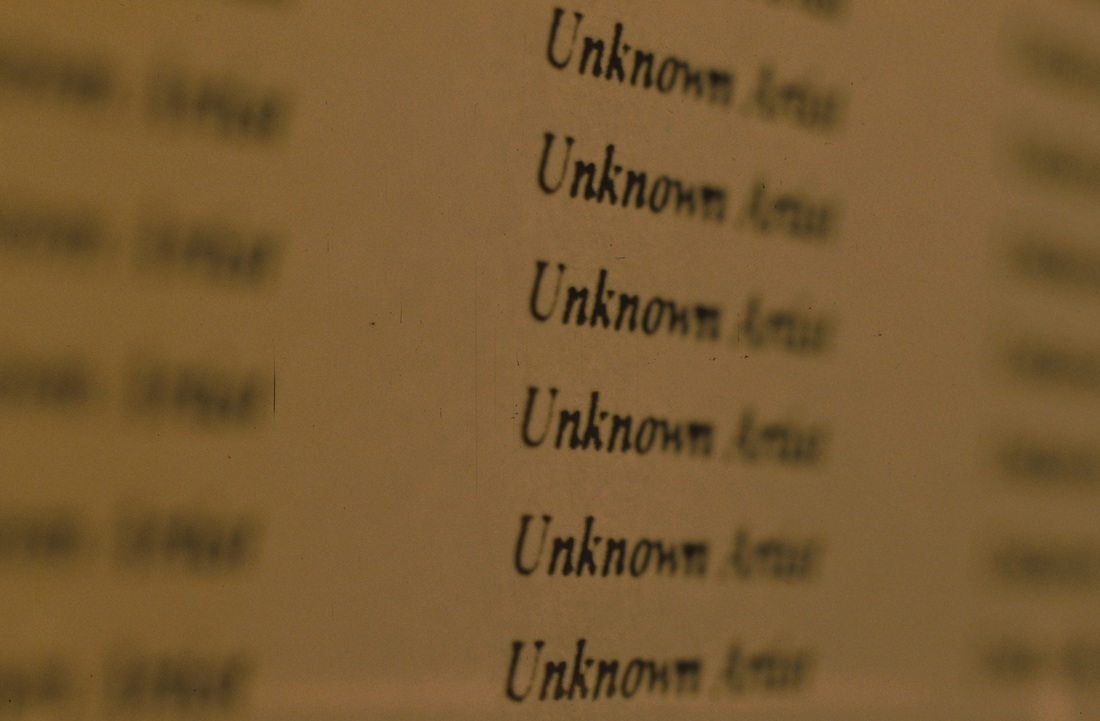 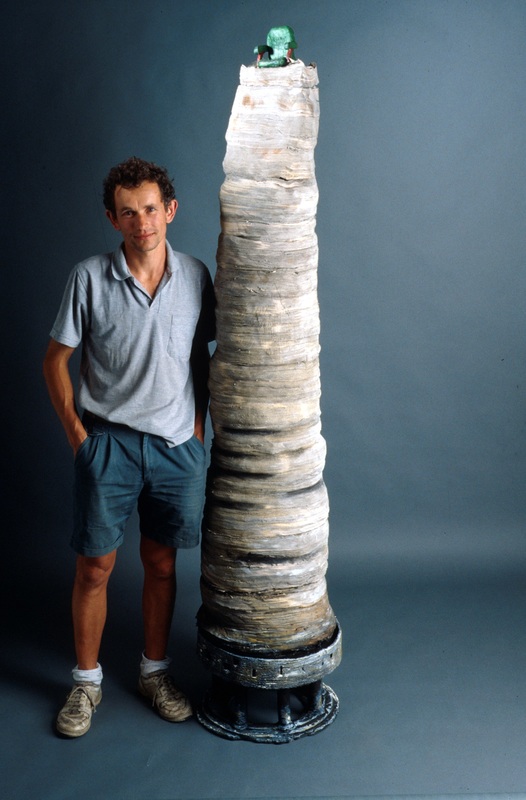 For the tower, I used a scalpel to cut each page, which was then stacked and polished like thousands of catalogue essays and reports. These are the instruments and currency of institutions that structure our values and beliefs about Identity and Art.

In spite of the gloom
Ultimately, it is unhelpful to think of art education in Australia as nothing more than a catalogue of woes. The work from around Australia in this exhibition suggests that an energetic and critically informed art school community is sustaining debate and challenging stereotypes. Many of the works in last year's exhibition explored gender and sexuality but this time around, despite Healthway sponsorship and free condoms it the door, there is an evident shift away from sex toward a more self-reflexive examination of the institutional base of contemporary visual arts practice.
Graham Hay from Edith Cowan University, presents a huge social map of art practitioners in Western Australia, based on information gleaned from exhibition invitations, catalogues and art databases (including the Australian Bureau of Statistics). According to the Bureau, 323,000 Western Australians engage in some kind of arts and crafts activity for professional or recreational purposes, Yet the various art institutions recognise only 1,400 of them as artists. Hay lists 300,000 anonymous artists and craft workers on an enormous computer printout which occupies a whole wall at PICA, with the names of those few canonised by the institutions interspersed throughout. it is a powerful depiction of the forces at play within this institutional game and a salutary reminder for graduates not included in this show that they have already missed one major legitimising event.
Another young artist probing the rituals of the art game is Sharyn Sonter from the University of Western Sydney at Nepean. Her work, entitled 'Foyeurism', comprises a large chandelier made from wine glasses suspended above a plinth of sugar cubes. It is accompanied by a definition of its title: 'the desire to see and be seen at events which attract socio-cultural value, status and attention'. Nick Mahoney, from Curtin University, is interested in the 'magical- transformative power of the art institution to convert humble objects into art works, an idea he plays with by presenting us with objects wrapped or crated in preparation for transport. One of his works consists of no more than packaging, the objects themselves being suggested only by means of a framed photograph taken at an earlier gallery installation. Mahoney's work, like that of Sonter and Hay suggests that making art is not at all the same thing as art-making, a valuable lesson for  young graduates.